Subcase was established in 2009 as an initiative from local circus artists in Alby.
Since then its outreach and concept has been developed, each year with a stronger interest in the relationship between artist and presenter. We have increasingly asked ourselves questions on how to facilitate a good meeting and dialogue between artists and presenters – a dialogue that can be challenging for both parties, but is crucial considering the challenges we face.

What is the relationship between the artistic and the presenting processes? What is the mutual understanding? We believe that artists and presenters need to share with one another their views on production, audience, financing, visions and dreams. A deeper understanding of our different conditions – and of our shared goals! – is a way to building solid cooperations, as well as being a more potent artistic voice in the world.

At Subcase we have expressed this orientation f.ex in our international feedback program, in the ambition of keeping Subcase intimate, in working from the philosophy that ”The party is where you are”, among other things.

For Subcase 2017 we took a next step into this maze by engaging 3 circus artists as consultants for the shaping of the event. They were paid a consultants fee and committed to attending a number of meetings where their job was to consult Subcase on how to organize the selection process and the event itself. They have not been part of the selection committee and have not had any word on the artistic selection and program; their task was to suggest and be creative together with the Subcase team on how to shape the event, from an understanding of the conditions.

Hence they gained insight in the budget and the production process as well as understood how decisions were taken. In this way the artist consultants had the possibility to influence how their art form was represented at Subcase 2017 and at the same time gained inside knowledge on the conditions of its production.

The artists consultants for Subcase 2017 were Leire Mesa, Wille Christiani and Salla Hakanpää. On the last day of Subcase they gave a short presentation about their experiences from this process. 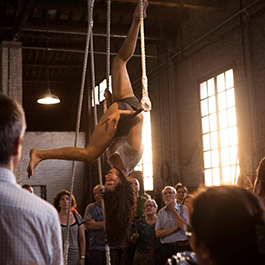 Leire is a circus artist dedicated to creation. She defines herself as a generator of actions and synergies for circus, theater and numerous rebellions. In 2015 she graduated from the Masters Program in New Performative Practice at DOCH. She co-funded the company Twisting the Balance and she is currently in the creation of the new show Futuro Animal, the community projects INK in Botkyrka (Sweden), Encounter Bridge (Zagreb, Kosovo-Mostar), the Encounter Tarahumara, as well as in a research at Stockholm KKH Arts Institute. 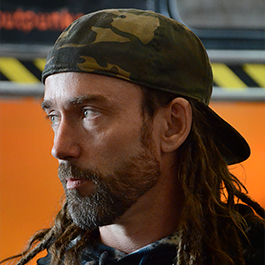 WILLE CHRISTIANI
Wille is the artistic director of the circus company Burnt Out Punks. He has been working in many aspects of contemporary circus ever since he graduated from the very first year of the Circus Pilots (what later turned into the Bachelor Program in Circus Arts at DOCH) in 1998. At the moment he is preparing for the 12th and final outdoor tour with the Burnt Out Punks this summer, and he is in creation of their new indoor show Smoke Screens. 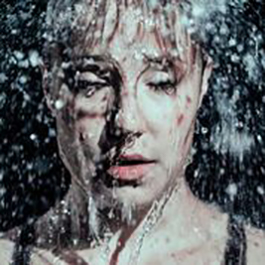 Salla is a versatile circus artist and performer. In her recent work she has been combining aerial acrobatics with water and freediving. Contemporary dance, cross-disciplinary art and site-specific work are some of her current professional interests. She graduated from Turku Arts Academy’s Circus Degree Program in 2010. She is one of the five founding members of the Finnish contemporary circus group Zero Gravity Company and she also co-operates with WHS, which is one of the pioneer groups of Finnish contemporary circus and visual theatre.